The 47-year-old actress recently revealed why she has only made one movie since winning the best supporting actress Oscar almost five years go.

In 2010 Mo'Nique won the Academy Award for best supporting actress for her role in the drama flick 'Precious,' but instead of propelling her career to new heights, the 47-year-old actress has only mad one film since then. During a recent interview with The Hollywood Reporter, Mo'Nique explained that she feels her lack of movies roles since winning the Oscar is down to her unwillingness to campaign for the prestigious award before the ceremony took place.

The talented actress opened up about her post-Oscars career while discussing the 75th anniversary of Hattie McDaniel's Oscar win for "Gone With the Wind" in 1940, the first African-American woman to win an Academy Award.

Even though she didn't campaign for the award, Mo'Nique was still prized with the Oscar for her 'Precious' role, but just like McDaniel's life after her iconic win, she said her career didn't change at all.

"What I understood was that when I won that Oscar, things would change in all the ways you're saying: it should come with more respect, more choices and more money," Mo'Nique said. "It should, and it normally does. Hattie said, 'After I won that award, it was as if I had done something wrong.' It was the same with me."

Mo'Nique then revealed that 'Precious' director Lee Daniels recently told her Hollywood "blackballed" her for not following the usual protocol that comes with being nominated for an Oscar.

Daniels told THR, "Mo'Nique is a creative force to be reckoned with. Her demands through 'Precious' were not always in line with the campaign. This soured her relationship with the Hollywood community." 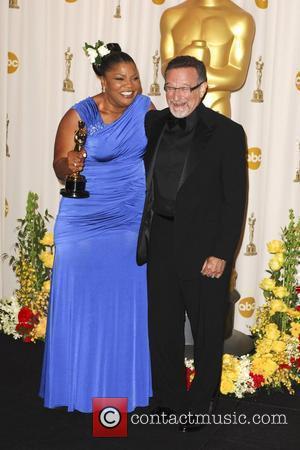