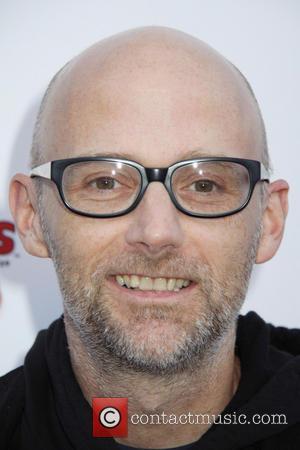 The shock of an ex-girlfriend's new romance drove dance music stalwart Moby to drink and he spent a decade boozing and partying until he stopped, sobered up and moved from New York to Los Angeles for a cleaner life.

The Porcelain hitmaker recalls it took a New Year's Day phone call to turn his life around and sent him spiralling for 10 years.

He tells RollingStone.com, "I remember it very well. New Year's Day, 1995, I was visiting some friends in San Francisco. I'd just had a really contentious break-up with my then-ex-girlfriend, but I called her to wish her a happy New Year's - and some guy picked up the phone.

"I hung up the payphone, walked to a bar and started drinking. And then the next 10 years were spent drunk and crazy in New York... all sorts of crazy uptown and downtown degeneracy.

"As I got older, the consequences of drinking started to kick in: anxiety, depression, sickness, etc. So, around five or six years ago, I decided to stop. I sobered up, looked around and realised that New York had become the domain of hedge-fund managers. Artists I met were either scared and bitter because they didn't know how they were going to pay the rent, or they were parentally subsidised.