TV host Montel Williams is spotted leaving the Abc Studios in New York City after appearing on 'Good Afternoon America'. He doesn't stop for photos and when the paparazzi ask him what the hurry is, he replies, 'I'm done talking, guys'. He then proceeds to walk in the wrong direction towards an awaiting car before he is quickly shepherded to the correct one.

Williams, 56, is a former Marine who presents 'The Montel Williams Show'. He suffers from multiple sclerosis and publicly advocates the use of cannabis in the medical treatment of the illness. In a recent interview with Piers Morgan, he also advocated the possession of firearms in American households

Kendrick Lamar Poses On The Red... 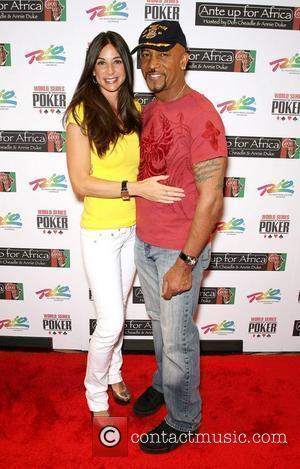