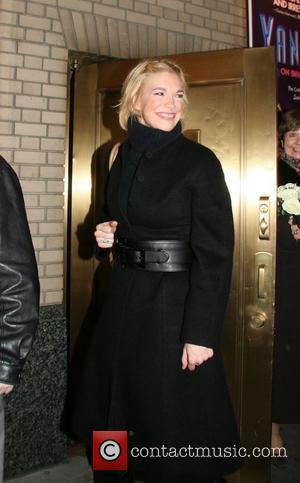 Picture: Hannah Waddingham greets her fans and signs autographs outside the Shubert theatre after performing at her Broadway debut in Monty Python's Spamalot New York City,...

Kenneth Williams' famous quip "Infamy! Infamy! They've all got in for me!" has been named as the funniest line in movie history.

He uttered the words as Julius Caesar in the 1964 film Carry On Cleo.

Coming second in the poll for Sky Movies Comedy, which quizzed 1,000 film fans and critics, is the line "He's not the Messiah, he's a very naughty boy" from the Monty Python film The Life of Brian.

And apparently the third funniest words uttered in a film are the exchange between Robert Hays (Ted Striker) and Leslie Nielsen (Dr Rumack) in the 1980 hit Airplane! After Hays said "Surely you can't be serious" Nielsen quipped back "I am seriousand don't call me Shirley".

Other films with one-liners making it into the poll's top ten are lines from the slapstick comedy films Dumb and Dumber, There's Something About Mary and The Naked Gun.

4) "Remember you're fighting for this woman's honour, which is probably more than she ever did." Groucho Marx as Rufus T Firefly - Duck Soup (1933)

6) "Do you have a licence for your minkey?" Peter Sellers as Inspector Clouseau - The Return of the Pink Panther (1975)

8) "Gentlemen, you can't fight in here. This is the War Room." Peter Sellers as President Merkin Muffley - Dr Strangelove (1963)

9) "Nice beaver! Thank you. I just had it stuffed." Leslie Nielsen as Lt Frank Drebin and Priscilla Presley as Jane Spencer - The Naked Gun (1988)

10) "When I met Mary I got that old-fashioned romantic feeling where I'd do anything to bone her." Jim Carrey as Lloyd Christmas - Dumb and Dumber (1994)