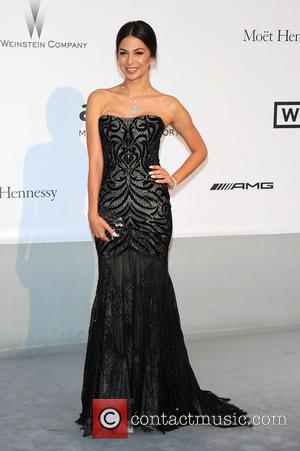 Atias tells Wenn that no one wanted her for the role of Monika, but when she heard pregnant Penelope Cruz had quit the project last year (13), she went all out to land the part.

She explains, "I had to convince a lot of people that I'm suitable for the role. I started reading every book, article, or any documentary that I saw about gypsies and I lived with gypsies for a period of time. I created a daily activity with them.

"The first thing was begging for money, and that was probably the hardest thing I did because nobody wanted to give me money. It didn't matter what I was wearing or how nice I was; it was just impossible to come back home with more than a Euro.

"So then I started washing cars with these people, the windows. I wanted to find where she (character) was on the scale of a gypsy clan; if she was in the beginning or with an organised family. Until I found my position, all these activities just helped me be confident about how she would be apologetic for what she's become."

And Haggis instructed her to cut back on her grooming regime, explaining, "One of the early directions I gave her is if you have any hair on your body, let it grow."

Atias says, "I had a unibrow! At one point I said to Paul, 'This is gonna be too distracting'."

She wasn't the only casting choice Haggis was unsure about - he also wasn't initially convinced that Mila Kunis could play a maid in the film: "I honestly didn't think she could play this role. I said, 'You're too beautiful and I don't believe that the only job you're going to be able to get is a maid'. Then we had lunch and in 10 minutes I saw what she could bring to it... She convinced me."