Morgan Freeman Dead? No! But What About 50 Shades Of Grey? 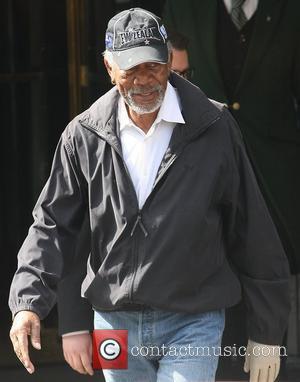 Morgan Freeman will not be the voice of the 50 Shades of Grey audiobooks, reports E! Online. Freeman has been the victim of some strange rumours of late, and this is the latest to be quashed.

Whoever decided to claim Morgan Freeman died in 2012 fooled 66,000 people on Facebook, and numerous others that believed the Shawshank Redemption actors fake death. "Morgan is alive and well, and joins the long list of actors who have been victimized by this hoax," a rep for Freeman explained. Now that that’s cleared up, it’s time to set the record straight regarding the Fifty Shades rumours: they’re false, again. The audio excerpts from the YouTube clip that first perpetrated the lies are actually the work of actor-comedian Josh Robert Thompson, who's celebrity impressions include Matthew Mcconaughey, Robert De Niro and, of course, Morgan Freeman.

Freeman is not the first celebrity to be subject to attention seeking death-rumours; Chris Brown, Paul McCartney, Eddie Murphy, Celine Dion and Justin Bieber have all been victim to Internet tales surrounding their faux deaths. Those who instantly believed the rumours surrounding Freeman, though, should possibly have read the Facebook’s about page, which stated that he wasn’t in fact dead, and heeded caution about believing everything you read on the Internet. You’ll have read this on the Internet, and it’s true, we promise.