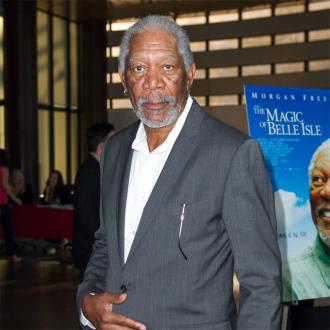 The 77-year-old actor has landed the role as a civil rights lawyer in Seth Macfarlane's comedy sequel, which follows the adventures of John Bennett (Mark Wahlberg) and his living bear Ted (MacFarlane).

The plot details are being kept tightly underwraps but it is thought Freeman's character will step in to help the foul-mouthed bear when he finds himself in a spot of legal trouble, according to Variety.com.

MacFarlane, who is writing, directing and starring in the movie, wanted a high-profile actor to join the film and reportedly had his eye on Freeman from the beginning.

'Ted 2', which is being released by Universal Pictures, is expected to star the majority of the original supporting cast, as well as Amanda Seyfried, who will perform a stunning medley in the sequel.

Meanwhile, filming for the upcoming movie has already kicked off in Boston and will hit cinemas on June 26, 2015 in the US and on July 10, 2015 in the UK.

The first movie 'Ted', which was released in 2012 and starred Mila Kunis, grossed $549 million worldwide.