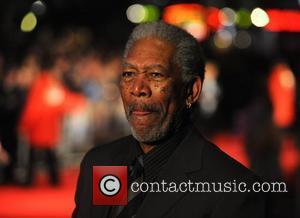 Shawshank Redemption, the 1995 film starring Morgan Freeman and Tim Robbins, has been named as the most inspirational movie by a poll of film fans.

The tear-jerking film, which was based on Stephen King's novel, sees two prisoners form a friendship against years of hardship.

Closely following in second place is Schindler's List, the true story of German businessman Oskar Schindler, who saved over 1,000 Jews from almost certain death during the second world war.

Tom Hanks' 1994 Forrest Gump was named as third, with people inspired by the tale of a simple man achieving greatness.

More than 2,000 film fans were surveyed by film and music store HMV.

Personal tales of success in the face of hardship appear to be the most inspiring themes for movie fans, with others in the top ten including Erin Brockovich and Billy Elliot.

Quite what Titanic inspired people to do after watching it may be questionable, but the film still managed to be named as the ninth most inspirational film.

Other classics which made it into the top 50 include Dead Poets' Society, Pretty Woman, Gladiator, To Kill A Mockingbird and Chariots of Fire.

HMV head of DVD Charles Fotheringham said Shawshank Redemption is a "great example" of how films have an "enduring capacity to inspire".

"Truly inspirational films can even change our view of the world and the things around us - helping us to see them from another person's perspective," he added.

''Ultimately, films can inspire us to change our lives in some way - think how many dancers must have started out in their chosen career after watching Billy Elliot.''