A slow-burning intensity sets this crime thriller apart from the crowd, directed by Belgian filmmaker Michael Roskam with a sharp focus on flawed characters who continually surprise each other. It's also a strikingly involving screenplay by Dennis Lehane, an author known for flashier thrillers like Mystic River and Shutter Island (this is his first film script, based on his short story Animal Rescue). All of this pays off with terrific performances from an excellent cast and situations that genuinely shake up the audience, even if it remains moody and subdued right to the end.

It's set in Brooklyn, where bars take turns acting as the mafia drop point for the day's takings. And after Cousin Marv's Bar is robbed on a non-drop day, Chechen gangster Chovka (Michael Aronov) is furious. Even though he has assumed ownership of the bar from Marv (James Gandolfini), Chovka orders him to get the $5,000 back, implying that Marv knows the thieves. So Marv turns to his mild-mannered barman Bob (Tom Hardy) for help. Bob knows how to keep his head down, and as he works on finding the cash, he discovers an abused puppy abandoned in a trash can outside the home of Nadia (Noomi Rapace), who helps him nurse the dog back to health. But the puppy - and Nadia - were both cast aside by the thuggish Eric (Matthias Schoenaerts), who doesn't want to let anything go.

Viewers expecting an action-packed crime thriller might be disappointed by the muted tone of this film, but it's the kind of story that worms its way under the skin, creating complex characters who are constantly revealing new details about themselves as the situation inexorably escalates around them. Hardy is simply superb, layering all kinds of emotions into Bob's actions as he struggles to maintain his composure while everyone around him does something inexplicable. As a result, the film's final act is a sequence of heart-stopping moments that make the most of the witty, nervy and darkly gritty scenes that went before.

Watch the emotionally charged trailer below.

Don’t Ask Don’t Tell was the official United States policy surrounding gay and lesbian members of the military. ‘Burning Blue’ explores the relationship between two men, set in that period circa 1994 in a film that has been dubbed by the Internet as ‘Top Gear meets Brokeback Mountain’. DMW Greer steps behind the camera to direct this one, which is based on his critically acclaimed play of the same name. Written in 1992 and first shown at The King's Head Theatre on London’s Fringe, the play was a huge hit, and has been in development for the silver screen since 2010.

Daniel Lynch is a high ranking Navy fighter pilot and a respected member of the squadron; possibly one of the last people anyone would think of as becoming the subject of a scandal. However, he is harbouring a deep secret that only comes to light when he is discovered to be having a homosexual relationship with fellow aviator Matt Blackwood. This all comes about in the midst of a government investigation which has been launched to determine the cause of two fatal aircraft accidents believed to have come about over suspicious circumstances. Suddenly, Lynch and Blackwood find themselves treated like criminals as their relationship becomes the main subject of the investigation. Lynch's best friend Will Stephenson is hurt by their secret, while everyone else is doing what they can to quash this scandal before Naval reputations become tarnished. 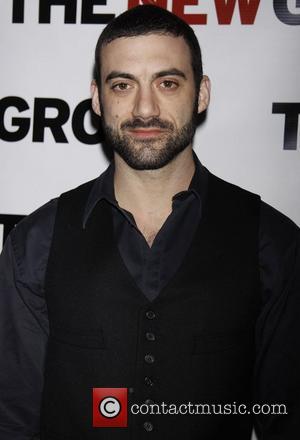 Daniel Lynch is a high ranking Navy fighter pilot and a respected member of the...