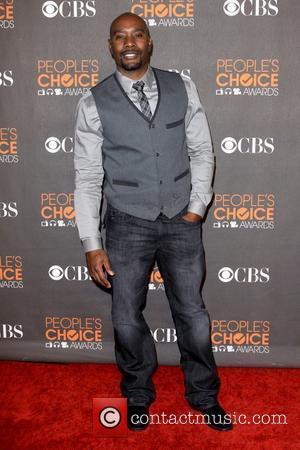 Actor Morris Chestnut has hit out at Hollywood action star Steven Seagal for refusing to hold back in movie fight scenes and unintentionally beating up his co-stars.
The Boyz N the Hood star, 41, appeared alongside Seagal in Under Siege 2: Dark Territory in 1995 and recalls how adamant the veteran actor was about fighting for real to make the scenes more believable.
But Chestnut, who recently landed a role on sci-fi TV show V, was surprised at how hard Seagal would strike his movie opponent, insisting he was "wrong" for using all his strength for stunts.
He tells Sister 2 Sister magazine, "He doesn't hold back. I was talking to one of my stunt co-ordinators for V the other day. He doesn't hold back and he really goes at it with the people he's fighting against, which is wrong. You're not really supposed to do that."
But Chestnutt understands why few people have failed to confront Seagal about his roughness on set.
He says, "What happens is when he's on the set he's the star of the movie. So, if you're a stunt man trying to make a living, you're really not going to complain because, number one, you're working, and two, you're working on a Steven Seagal movie. So that kind of helps you get your next job.
"(But) he really would go after those stunt cats."