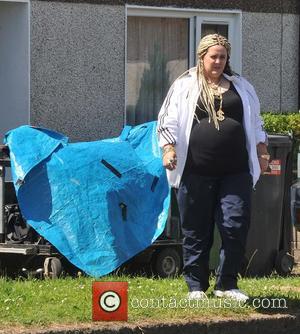 Rocker Morrissey has sided with Scottish separatists keen to cut political ties with the U.K. and become independent.

Like Russell Brand, who cites the former The Smiths singer as a mentor and hero, Morrissey believes the Scottish independence campaigners are doing the right thing.

In a video posted on his YouTube.com channel earlier this week (beg04Aug14), funnyman Brand said, "Independence for Scotland. I like things getting smaller and more evolved. More power for the people. The (politicians)... don't trust them. They'll be no good. They'll be useless.

"But Scotland getting independence is a good idea, breaking everything up so there's nothing but small collectives. Don't have imaginary concepts that make people angry. If Scotland and England make people angry, then abandon these concepts."

Now Morrissey has weighed in on the big British debate, telling Ireland's Hot Press, "They (Scots) must cut ties with the United King-dumb. I love Scotland, and I love the Scottish spirit and they do not need Westminster in the least."

Brand and Morrissey are two of a small group of celebrities backing the split, while stars like Michael Douglas, Sir Mick Jagger and Dame Judi Dench are among the 200 big names who have signed a letter urging the separatists to give up their fight for independence.

Scots go to the polls next month (Sep14) for a referendum to decide whether the country should leave the U.K.