Motley Crue Bassist Nikki Sixx Plans To Turn His Memoir, The Heroin Diaries: A Year In The Life Of A Shattered Rock Star, Into A Stage Show. 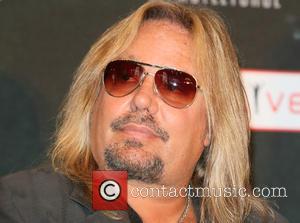 The rocker's 2007 tome, which he co-wrote with Ian Gittins, features not only stories from his personal and professional life, but also artwork, photographs and lyrics.

Sixx accompanied the book with a concept album called The Heroin Diaries Soundtrack, which he created with his new band, Sixx:A.M., and now, he's planning to take the project one step further by adapting his memoir into a play, with high hopes of reaching Broadway.

Sixx tells New Zealand website NZCity, "The Broadway play is based on the The Heroin Diaries: A Year in the Life of a Shattered Rock Star book. We are working on that. It's hard with the mother ship that is Motley Crue it takes so much time but it's our number one priority, it always has been."

Sixx will have plenty of time to focus on the production next year (16), as Motley Crue will bow out for good with one final concert on New Year's Eve (31Dec15).