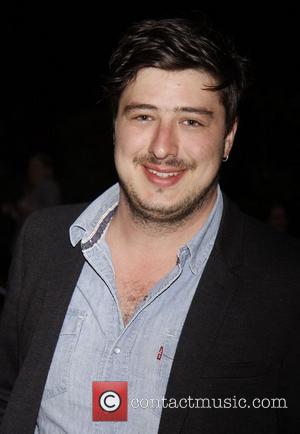 Picture: Marcus Mumford of Mumford and Sons Opening night of the Off-Broadway play 'If There Is I Havent Found It Yet' at the Laura Pels Theatre...

Who will win? Mumford & Sons – their album was a flyaway success, so much so that Billboard considered having a new chart position of zero for it (we may have made that up). Plus, they love a bit of rustic charm at the Grammys (see last year’s fawning over Civil Wars)

Who should win? Er… pretty slim pickings this year, no? Is there time for Adele to record an album of nursery rhymes or something? Well, we’re going to make our choice the same way the Grammys committee does… names out of a hat (we may have made that up, too). Jack White? Blunderbuss was a pretty neat album, some cracking tunes. Probably his best collection of work since The White Stripes’ Elephant, in our opinion.

Record Of The Year:

"Somebody That I Used To Know" — Gotye Featuring Kimbra

"We Are Never Ever Getting Back Together" — Taylor Swift

Who will win? Taylor Swift. Mainly because it’s illegal to hold a Grammys ceremony and not give Taylor Swift an award and this is the only category that she’s nominated in.

Who should win? Gotye. Love it or hate it, that song is one well-crafted piece of work and has successfully worked its way across the globe, electing itself as THAT song that you find yourself humming, when you don’t even realize you are humming. Gotye will most likely become a one-hit wonder so may as well get some recognition for that one hit, right?

Who will win? Frank Ocean. It’s unlikely that Frank will walk away without a nod in these main categories. His performance of Bad Religion on Jimmy Fallon was a chilling demonstration of his talent that managed to stop people talking about his sexuality for five minutes and see past the hype.

Who should win? Frank Ocean. He should win for that Fallon performance alone.

Song Of The Year:

Who will win? Ed Sheeran. There’s a global conspiracy at work ensuring that his smug face will be seen on every awards stage across the globe between now and 2014, and he’s not ‘graced’ the Grammys yet.

Who should win? FUN feat. Janelle Monae. For exactly the same reasons given for Gotye in the earlier category.