Mumford And Sons - fronted by Marcus Mumford - have started recording their third album, the follow-up to acclaimed second LP 'Babel'. 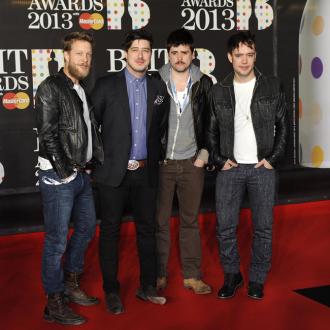 Mumford And Sons have started recording their third album.

The folk rock group have begun work on a handful of new songs at Eastcote Studios in Kensal Town, west London, the same studio where they recorded their debut album 'Sigh No More', which was released in 2009 and sold over a million copies in the UK.

The four-piece group - who achieved worldwide success with their second LP 'Babel' - intend to release the record in early 2015.

Speaking to The Sun newspaper, a source said: ''It's still very early days because they have been enjoying their down time.

''But very early work and sessions have begun quietly on album number three. They haven't announced anything officially because they don't want to be under lots of pressure.

''At this point, it's still more likely the album will be released at some point next year - unless things move very quickly.''

News of the recording sessions comes less than a year after the group announced their intention to take a break from their intense touring schedule.

However, following the band's surprise appearance at Glastonbury - where they joined Haim on stage - they decided to get back in the studio.