Albums of the Week.. With ILL manors, Plan B has reconciled the two elements of his career that seemed for some time as though they may remain disparate. His hard-hitting rap jostles for attention, alongside the brassy soul sound that he launched with his '.Strickland Banks' album. He caused shockwaves with the release of the lead single (the title track), a brutal commentary on the civil unrest that led to last year's riots in London and the rest of the album (which accompanies Plan B's foray into film directing) follows suit: "What Plan B has achieved in ill Manors is to create a concise and pointed case of social commentary, parcelled in music that is unafraid to traipse around those genre boundaries, which seem to matter less and less with every passing year." 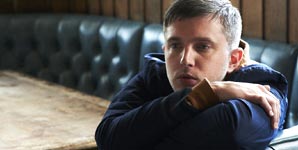 Tom Jones has worked with Kings of Leon producer Ethan Johns once more, to produce an album that draws on his primary strength; his bold and distinctive voice. This latest album, Spirit In The Room, features covers of bands such as Tom Waits, Leonard Cohen and Paul McCartney. With a notable lack of record label pressure, Spirit in the Room gives a glimpse of an artist in full creative control: "This is the sound of a man having fun with a song when there is no label pressure and he has the voice to conquer almost any song.?'Spirit in the Room' is the sound of an artist finally becoming comfortable in his own skin."

Urban Turban, The Singhles Club is the latest long-player from Cornershop started life as a singles club for subscribing fans. They've encompassed a wide variety of guests, from primary school choirs to French singer SoKo, in a creative leap that may leave you surprised if you stopped paying attention to Cornershop after 'Brimful of Asha.' "The eclectic mix of contributors and sounds explored on the album gives Urban Turban an almost Gorillaz-esque feel. they have gifted listeners an inventive fifty-minute journey of catchy hooks and inventive guest performances." This Week's Videos.. Alicia Keys returns to familiar ground, geographically, with the video for 'New Day.' The video is set in the bustling environs of New York City, with its yellow cabs and graffiti-strewn concrete, with the lyrics of the song being scrawled on walls with spray cans as traffic speeds through the streets in double time. Musically, 'New Day' finds Keys in an upbeat mode, calling more on her hip-hop influences than the slow soul ballads that have often defined her sound.

Emily Barker and her band The Red Clay Halo have called on their friend Frank Turner for 'Fields of June.' Frank brings his troubadour stylings to Barker's authentic folk sound in this menacing video, shot in the style of an old black and white silent movie. The track culminates with Frank and Emily's vocals jostling for attention, as the video shows the pair ending the shoot on an argument, in which they go their separate ways.

Lupe Fiasco, the man that first broke the mainstream with 'Kick, Push' back in 2006 has returned with the politically-charged 'Around My Way (Freedom Ain't Free)'. With the message that "cash rules everything" he's managed to recapture his knack for a catchy chorus. The groove will get under the skin of his fans and the lyrical message should get under the skin of the glitterati of whom he's so critical.


Audio Choice of the Week.. The indie three-piece, Ben Folds Five, recently reunited and will soon be releasing 'The Sound of the Life of the Mind in September this year. 'Do It Anyway' is pretty much what you would expect from the band; an upbeat and humorous track bursting with melody and bombast.

Music in the News... Lily Allen has announced that she intends to re-launch her music career using her married name. The young singer, who is pregnant with her second child, will be known as Lily Rose Cooper. It looked, for a while, that Lily may have turned her back on the music business entirely but it seems now that she is getting the wheels in motion for a third album.

Former Brit-poppers Blur caused a stir last week with their live sessions at Maida Vale when they performed a number of tracks that are a rarity for the band's fans. They performed 'Caramel,' a track from their 1999 album, '13.' The band have never played the track live, meaning that it was a real treat for the small, exclusive audience at the shows, as well as for the listeners of the BBC sessions.