The Week in Music featuring: Antony & the Johnsons, Hot Chip, The Killers, The Vaccines, Arctic Monkeys, Santigold, Bruce Springsteen and much more.

Albums of the Week... Cut the World is an album of live renditions and re-workings of Antony & the Johnsons' back catalogue. The material was recorded with the Danish National Chamber Orchestra last year and neatly combines the splendour of Hegarty's songwriting and the grandeur of his voice. There is also one new track on the album; the title track provides one of the album "biggest curios. and sees brass and woodwind shimmer on the periphery of its orchestral arrangements." Antony Hegarty remains a beacon in a world of homogeny: "It's this continuing willingness to learn and explore, to question himself and the greater world around him that has so ensured that Antony remains constantly interesting, a chameleonic character who never leaves his core personality behind - something of a rarity in these increasingly shallow times. " 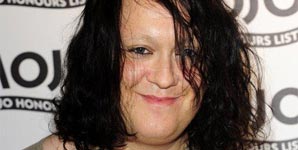 Lumbered as a 'drone' band, Jordan Dowling questions whether or not we should be lumping Zelienople with that label at all. At moments, The World Is A House On Fire contains more elements of slow-core and jazz than it does drone music. "Zelienople's latest full-length is a glorious piece of hushed understatement that sets out a marker in a musical landscape of quicksand. Not many albums released this year will resonate in such a way, and few have in any other." The Week in Videos... How Do You Do? is the second single from Hot Chip's highly acclaimed 2012 album In Our Heads. Typically off the wall, the video sees the band superimposed on a variety of wide-ranging images, from a pregnant lady's ultrasound scan, footage of people diving and surfing and nice little panoramic vie of a cloudy sky. If there's a theme here, we've yet to discover it.

Channelling their 'inner Springsteen,' The Killers return with 'Runaway,' with a video to match the epic feel of the song itself. Shot in dark red and green hues, with a series of starry backdrops, the drama of the song is really brought out in its celluloid accompaniment.

The Vaccines recently showcased their new material at a low-key London gig, whipping those in attendance into a frenzy, keen to hear their new tracks. The video for 'Teenage Runaway' is a simple affair, with the band seemingly playing in an elevator, whilst a counterpart band play along, on the other side of the lift. It's a catchy affair, as you'll have come to expect from the Vaccines, for whom repetition is key.

Always ones with the light-hearted humour to accompany their heavy brand of rock, the latest Pulled Apart by Horses single, 'Bromance Ain't Dead', sees the Leeds lads separating "the men from the boys," whilst ably demonstrating their penchant for '70s rock bands such as Black Sabbath and.er. Slade. The video's compiled of candid shots of the band backstage, spliced with footage from their energetic live shows.

Part Stepford Wives, part gothic horror, the latest Santigold video for 'The Keepers' is an eerie affair; a damning take on modern life in America, with the refrain "our house is burning down." The final shot of the video closes with the dysfunctional, blonde-wigged 'family' posing outside their quaint family house, which, as the camera pans up. is, indeed, beginning to burn down.


Music in the News... Arctic Monkeys performed for Danny Boyle's epic London Olympics opening ceremony on Friday (July 27, 2012). Their rendition of 'Come Together' by The Beatles rose to number 14 in the iTunes singles chart, by Monday morning (July 30, 2012). One year after Amy Winehouse passed away at the age of 27, there has been much talk about how best to commemorate her life and work. Though he frequently rejected suggestions of a biopic being filmed, Mitch Winehouse has now started to talk about possible actresses that could play his daughter. Lady Gaag doesn't seem to be top of his list though, last week he was quoted as saying; 'Lady Gaga would have to pay me Â£10 million to play my daughter'.

Bruce Springsteen and the E Street Band are extending their already-hefty world tour. Bruce and his band are currently nearing the end of an 11 week venture out on the road, where they have been impressing fans and critics alike with old hits, as well as material from the Boss' latest album The Wrecking Ball.