A Week In Music Featuring: Alicia Keys, Bat For Lashes, The Gaslight Anthem, The Rolling Stones and much more!

A Week In Reviews... Natasha Khan may have caused a stir with her nudity on the front cover of her latest album but it's the content within that we should all really be talking about. Drawing comparisons to Kate Bush, Khan smoulders on this latest Bat For Lashes album, entitled Haunted Man. Quality songwriting and intriguing performances seem to have become something of a given for Bat For Lashes now. Haunted Man simply continues in that trend: "Haunted Man is without doubt Bat For Lashes third brilliant album in a row. Khan's songs are, as ever, emotive, evocative affairs full of character and charm. The arrangements are near flawless and the production assured but not overblown." 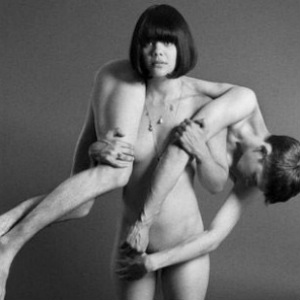 Calvin Harris' album will feel familiar to most, as a large proportion of the album's tracks have already been released as singles. As such, 18 Months feels a little jaded at times, and lacks any change in tempo. After this, it's hard to fathom out exactly where Harris can possibly go next with his music. "This isn't a matter of taste; Calvin Harris is good at what he does. He's not the most skilled producer out there but he knows how to distill adrenalin into a dance tune, he knows how to appease the un-discerning masses. That's a skill in itself. How long can he keep this up for though?... listening to 15 tracks of '18 months' requires a degree of stamina from the listener that will tire all but the most adolescent of fans. The most interesting thing about listening to '18 Months,' sadly, is trying to figure out what the hell he's going to do next."

The Irrepressibles release their second, eponymous album today and it's every bit as accomplished as their debut, which somehow escaped unnoticed by pretty much every taste radar going. Their ambitious songwriting skills are brought to the fore here, as is their inherent sense of drama and operatic charm. In fact, the only thing that holds this album back is that it simply isn't as long as our reviewer would have liked: "It is a stunning work of introspective ambience as touching as any conjured by Stars Of The Lid, Eluvium and the like, with Jamie's vocals slowed almost to a stop, married to crystallised strings cradled deep in reverb, offering the cinematic epicness that M83 might have done on Before The Dawn Heals Us if they possessed the confidence and vision of their current incarnation."

Kid Koala's 12 Bit Blues isn't a straightforward blues album. Any Kid Koala fan would have predicted that much. Instead, what the Canadian turntablist has done is create his own compositions, using an old 1980's sampler to grab snippets of old blues records and manipulate them into the songs. The end result is a playful collection of songs, which can be counted amongst Kid Koala's finest work. "The mood may be inconsistent, but the quality is consistently high; there are no tracks which will have you reaching for the skip button. It's an impressive release which makes more intelligent use of blues samples than the best-known instance of an electronic musician doing so, Moby's Play. A lot of hard work must have gone into its creation, but it's never hard work to listen to." A Week in Video... Alicia Keys is making herself known to the world more and 'Girl On Fire' sees the Grammy award-winning in fine form, demonstrating not only her enviable songwriting talent but also her vocal strengths. A bombastic mid-tempo song, the video is shot in glorious technicolour, showcasing feminine strength in all its various incarnations.

Youngblood Hawke release their latest single 'Stars (Hold On)' and they let the music do the talking in this video. It's filmed, pretty simply with the band playing the song together, sat around like the '70s throwbacks they clearly are and playing through the song on acoustic guitars. All that's missing is the campfire. Milo Greene are an indie folk band, from Los Angeles, California. Sounding more like UK folk bands such as Mumford & Sons, than any native folk compadres, Milo Greene's latest video, for 'Silent Way' is a bleak and rustic affair. A man paddles out to the middle of a lake, as the song's refrain plays on repeat. "when we're older, can I still come over?' It's romantic and sad, all at once.

'Curse The Night' is the latest track to be released by Danish band The Raveonettes. Filmed in black and white, it captures the band's retro aesthetic. A gang of masked children hijack a van with dynamite and the video ends just as the driver appears to be meeting a messy end.

Music in the News...Taylor Swift's latest album, Red has sky-rocketed to the top of the UK and US albums charts. It's a good news week for Taylor, though it's been marred somewhat by the revelation that she's split up with her boyfriend Conor Kennedy.

Britney Spears is currently embroiled in a court case with Sam Lufti, who is claiming damages from Britney for the time hat he used to be her manager. It's currently looking as though Lufti's downfall in this legal proceeding could well be the fact that he's not actually been able, so far, to prove that he was actually ever, officially her manager. Gonna be a sticking point, that one, we reckon.

The Rolling Stones played an 'intimate' gig in Paris last week, as a precursor to their big arena shows in London next month. There has been a great deal of discussion around the cost of their London shows and it would appear that some UK fans of the band could potentially have paid less to travel to Paris and see them play at the Trabendo theatre than they would have done to grab a ticket at the O2 Arena.