Review of Pangaea Album by Acollective

A seven piece Israeli indie setup who had only one release under their belt before they headed off on a world tour is rather impressive indeed. Perhaps even a phenomenon, a spectacle of the bizarre, until now. With their previous album 'Onwards' being written in a bodge London flat before being deported in 2011, Acollective are more than worthy of our hats and bows. 'Onwards' turned out to be a rarity in the indie underworld, a birth child of hyperactive Israeli teen-hood and the DNA of a distant Alt-J. 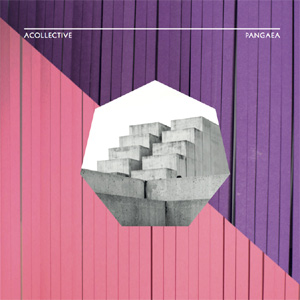 This year's new album 'Pangaea' is a symbol of old meets new, east meets west, black meets white and all things juxtaposed. Of course, when Europe meets Israel, or even Europe meets Europe for that matter, the ear may require a little fine tuning in order to appreciate the new and the noteworthy. Thus, from the perspective of a particularly insular music scene as the UK indie scene, it often takes a little TLC to see what's in front of you. However, Acollective have managed to sneak in the stage door, through the bouncers shoulders and out onto the right side of the barriers, delivering a first class performance that will leave you ashamed of never hearing them.

'Pangaea' opens up into ascending mountains of 'OTM' and descends back down the other side before you know it. 'OTM' creates the image of what seems like a disorientated Alt-J; tortured and reflective, the ghostly vocal chants echoing even further back to a younger Alt-J with a chip on their shoulder. While staying true to spiky melodies and blips, no other track on the album could open in the sheer style that 'OTM' does.

Notable track 'Breakapart' follows, proudly juxtaposing Acollectives motives and gains us a little more insight into the thought process behind this album, their background and a little appreciation. It opens with what can only be imagined as a Jewish brass quartet parading cobbled streets in black leather loafers. Before hardly being able to raise a brow, the ear drums are pounded with the spacious, brooding AM-driven indie rock vibes that boast so well in many tracks on 'Pangaea'. Bam! The pieces fall into place and the jigsaw shows Acollective are really onto something, even on this small island across the globe.

Although the tracklisting flows slightly over rocky terrain, the land of 'Pangaea' was never going to be discovered as slab city. A couple of tracks such as 'Happiest Of All Memories' and 'At Least' could have been savoured towards the end to bring us back down to earth. 'Pangaea' is a sensible step forward from 'Onwards', although still bears slight hyperactive remnants from it. In all 'Pangaea' is very much worth a listen at a very high volume in the most inappropriate public spots.