Review of Lacuna Album by Childhood

Following a string of carefully released singles, Childhood have truly stepped into the indie fold with their debut, 'Lacuna'. The South London quartet, whose most prominent billing to date has been supporting Temples in 2014, may not rival their former tourmates in sleekness of image, but have released an enviable debut charged with the same creative embrace of the retro spirit. 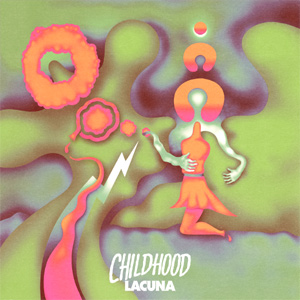 As their name suggests, Childhood are longing for the rose-tinted yesteryear of simplicity that colours those of similar revivalist acts, however it's rare to achieve the uncomplicated emotional articulation of 'Lacuna'. Amidst the ten-penny wistful lyricism and guitar distortion, the four-piece achieve a tangibly human record with an undulating backbone of groovy rhythm and jiggy-kneed riffs.

It's perhaps thanks to the former Aussie neo-psychedelic act that bands like Childhood can so comfortably blend made-for-radio Britpop and indie with sprinkles of the trippier rock memories of the sixties.

Indeed, the influence of the group's rock counterparts permeates the entire record, serving up a tasting buffet of the choicest motifs selected from this new wave's most effective strains. This is most strongly expressed through 'Solemn Skies', a blend of surfy-psychedelia and 60s pop-rock set to a snapping factory beat, which saves the latter third of the album from sagging.

Stand out tracks include 'Right Beneath Me' - a heady, nautical lull of tremolo exploitation - and 'Tides', an atmospheric combination of dreampop seascape with emotive electronica. The title of the track 'Chilliad' should tell you all you need to know about Lacuna's outlook but rather than playing up to any stoner tags, the band are careful to blend their shapeless, effervescent frequencies and bubbly bass rolls with sharp, upbeat choruses that glint and linger.

Seamlessly produced and polished by Dan Carey, who is also responsible for TOY's debut, 'Lacuna' plays it safe at a neat 11 tracks - with only one exceeding five minutes, leaving a craving for even a few permitted imperfections.

More in-depth meditations of their follow-up would be welcome too, as tracks such as 'Closer When You Rise' seem underbaked and would have benefitted from a little more fleshing out to emulate the genre renowned for its twisting melodic digressions and mindspace-invading walls of sound.