When you listen to Cloud's third full-length "Comfort Songs" for the first time, you get that rare thrill that becomes more elusive by the day and tells you that you have found something new that is truly special. 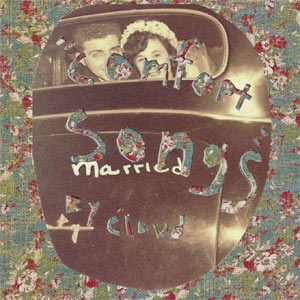 As the first listen draws to a close and a second one begins afresh (likely straight after the conclusion of the first, time permitting), you wonder if creator Tyler Taormira was aware of the scope and quality of what he had created.

Released on the highly regarded but modest Audio Antihero label based on the other side of the Atlantic to his Los Angeles home on a limited run of 140 physical copies (after a free download had been made available online), it is a work with a broad appeal and a considerable range that could have no doubt been filed down, packaged with a back story and shopped to a major as the next crossover act for those looking for another Arcade Fire or Bon Iver. Thankfully for the listener, it seems Tyler has no such desire or motivation as it's hard to imagine how any further tweaking could have improved on the eventual result of his toils, as "Comfort Songs" holds a strong claim as one of best albums under the ill-defined umbrella of 'indie-rock' that has been released in the last decade or so.

Why? The reasons are numerous. Foremostly, it is an album that is instantly familiar but at no point repetitive or predictable. By the second play you'll already be singing (or shouting) along, and there are a near-infinite amount of reference points across the eleven tracks it consists of; the scorched riffs and shrill howls of opener 'Cars & Its Autumn' which bring to mind Phosphorescent's early work, the triumphant sonic explosions of 'Boy See Mirror' that recall Animal Collective circa-Feels and the CYHSY-aping caterwauling of single 'Mother Sea'. However, there is no overall sense of "Comfort Songs" being a tribute in essence, Tyler merely draws from a wide range of influences without any concern of obscuring them, instead cherry-picking elements of every peer and for the most part even improving on the formula set by them.

Adding to this sense of familiarity, like many of the best indie-rock albums of modern times (In The Aeroplane..., Funeral, Hospice, Aw Come Aw Wry, Kaputt!), on "Comfort Songs" Tyler repeats themes and drops in callbacks throughout, yet not in a way that is designed to cover up a lack of ideas; each track is jam-packed with hooks, particularly 'Authorless Novel', a roller-coaster constructed with a dizzying amount of turns, twists and loops. Whilst being much earthier and rustic, it is drawn out using the schematics used by Mew pre-Frengers where instead of a verse followed by a chorus followed by a verse you have climax after climax after climax.

It is a song-writing confidence that is begrudgingly strong and far beyond Tyler's tender age of 21, and it's this confidence and strength that stretches to his lyrics. The central themes are alienation, loneliness and depression, but these themes aren't expressed in a manner that is self-pitying, but with a bittersweet sense of humour and awareness of the futility of these feelings; lines such as "The girl that wears your perfume made me think too much, so I whistled and wandered around, my ego still needs for me to be number one but I think that I've figured it out" on the aforementioned 'Authorless Novel' share the same headspace as Frightened Rabbit's 'Midnight Organ Fight', with self-analysis leading to self-depreciation and not self-destruction.

Without being an album constructed to tick all the boxes, "Comfort Songs" is everything you could want from a release of its ilk; it's as suitable for drunken sing-a-longs as it is suitable for midnight listens under the covers, as wrought with dry wit as it is moments of heart-on-sleeve confession and as enticing in its quietest, barest moments of introspection and reflection as it is in its grandest crescendos. You wonder where Tyler and his ragged band of collaborators could go from here; at such a young age, he has created an album that most artists would give decades of their career for, and if the next Cloud full-length is as much of an improvement on "Comfort Songs" as "Comfort Songs" is on the ones that preceded it, we're looking at an all-time classic. For now, "Comfort Songs" will do.