Review of Through Clarity Album by Coldrain

A cold rain is coming from the East and it threatens to envelop us all. No, you can all emerge from beneath your desks and from behind your sofas, for this cold rain is not the beginnings of a natural disaster, merely one of the giants of Japanese rock music, arriving on our modest shores. 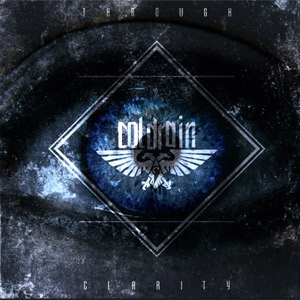 Having performed at some of the biggest Japanese music festivals and lending tracks to sports game 'Pro Evolution Soccer' and the anime series 'Rainbow: Nisha Rokubo no Shichinin', Coldrain are set to embark on their biggest challenge to date: the UK. Ahead of their tour with metal titans Bullet For My Valentine and recently announced appearance at Download Festival, the Japanese rockers have released their newest 'mini-album' 'Through Clarity' to serve as a teaser ahead of a reportedly imminent full-length album.

If you want to know what Coldrain are all about, a mere glance at their producer David Bendeth's previous projects will tell you all you need to know. Having worked with Bring Me The Horizon and Of Mice & Men, you can certainly catch a glimpse of the musical direction Coldrain are heading in.

The EP bursts into life from the very first track with opening jam 'No Escape' acting as the blurb for 'Through Clarity'. The lightning heavy riffs set against the relentless thrashing of the drums and shrieking vocals fit together seamlessly and produces a sound which will quench the thirst of even the purest of metal heads.

'Through Clarity' doesn't possess one or two particular tracks which could be considered the 'strongest' on the EP; all six are outstanding, offering something somewhat unique. 'No Escape' combines singing and screaming to fabulous effect; the growls of 'There's no escape' after the chilling whispers of 'I'll still want more' preceding the catchy sung chorus demonstrates this combination perfectly.

It's not all about the vocals, though. For all you avid guitar fans there are plenty of solos for you to sink your plectrums into. 'Persona' contains a beautifully choreographed gut wrenching solo as a bridge to the final chorus, whilst the solo toward the end of 'Inside of Me' will leave you gasping for more.

A personal favourite on this mini-album would be 'Never Look Away'. Beginning with delicate vocals and a soft intricate riff, it lulls us into a false feeling that we're soon to be given a break from with the subsequent torrential onslaught. Yet, the track rises in volume and intensity before reaching a crescendo with the first chorus, retaining momentum until the very end.

If 'Through Clarity' is anything to go by, Coldrain most certainly have what it takes to make a significant impact on the UK metal scene. With not a single weak track on the mini-album, we can't wait to discover what their full-length album presents us with. Brace yourselves UK, an easterly downpour is coming.