FaltyDL - In The Wild Album Review

Review of In The Wild Album by FaltyDL

Electronic music's restlessness has a duality which entices and frustrates both its fans and otherwise. No sooner have non afficiandoes, for instance, got dubstep nailed as a sound they can readily identify than it's deliberately shattered into a thousand sub genres, each then scuttling underground like rainwater. 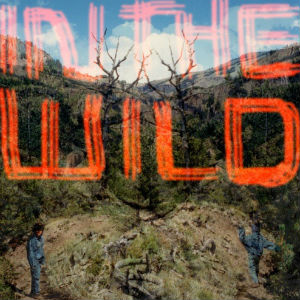 Connecticut-raised Brooklynite Drew Lustman is certainly no slave to formula, producing a sequence of albums under the name of FaltyDL of which 'In The Wild' is the fourth; each progressing further away in tone and outlook from its predecessor than the last. On 2012's 'We Stand Uncertain', he seemed to have reached a nervous peace with his listeners, fashioning an idiosyncratic but attractive brand of electronica out of leftover bits of jungle, rave and UK garage.

Seemingly content after that that he could "Do" melody and club dynamics, on last year's 'Hardcourage' he scrapped most of those values and went for a more spontaneous, Drew-The-Dripper-esque smorgasbord; on 'In The Wild', he's shifted emphasis once again. Some of this is probably a contrarian response to the main streaming of "Dance" music in America into the much reviled acronym EDM, but equally you guess there are some strands of dark matter in Lustman's head that need to be explored, such as on 'Frontin'' - a piece of skittish techno which undertows a threatening, made-on-the-corner sample. These images persist spectrally on the likes of 'Nine', a glitchy tangle of synth lines that end up sounding oddly reminiscent of Dutch producer Speedy J's early work for the Warp label, and 'Rolling', which you imagine resembles a repetitive distress signal from a long lost spacecraft.

Perhaps this willingness to experiment with form comes from Lustman's formative musical experiences spent in an experimental jazz quartet. This grounding is openly acknowledged on 'Some Jazz S**t', which is hardly as freeform as Miles Davis or Herbie Hancock - a pulsing hi-hat draws us into the later twentieth century - but is partially Latin influenced, by turns dolorous and mellow. On 'Ahead The Ship Sleeps', by contrast, the influence seems much more orthodox, a plaintive trumpet riffing in from the start as languid melodies drip down from the cosmos.

To put something crass like, "There's a conflict between light and darkness of the soul at work here" would be stretching the point, but for those who're hoping for a return to the course of 'We Stand Uncertain', this is often meagre fare. Lustman's collage approach rarely offers more than snippets of that: one such is 'Heart & Soul', on which a discombobulated figure croons some unintelligible reassurance, whilst the Will-O'-the-wisp charms of 'Guilt' are a rare foray into a molten, dream-like ambience.

Typically, that sense of passiveness is blown straight away on 'Danger', a jack-hammering blend of garage and two step that - almost certainly aware of the irony - could've arrived directly from the long-forgotten era of Lustman's début album 'Love Is A Liability'.  A fine execution of an art it's easy to assume he'd forgotten, it only reaffirms the conclusion the listener has reached naturally by this point: that here is an artist that's willing to let his muse take him anywhere it wants, and that the consequences are as hard to predict as they're fascinating. As this journey goes on, it's still well worth joining him for the ride.