Review of Deliverance Album by Heart Of A Coward

If you're a fan of heavy music, even guitar music in general, played by a band who mean it, Heart of a Coward's 'Deliverance' is the album for you. 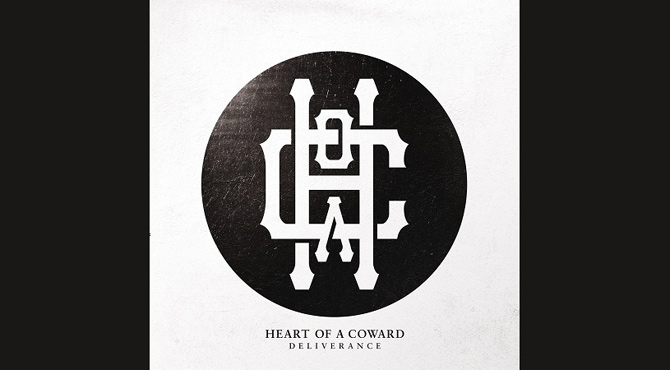 First single 'Hollow' is huge; a white-hot, searing track to set the album's stall out early, while 'Anti-Life' is the track that Gojira fans have been waiting for. A riff cut straight from L'Enfant Sauvage and a stomp to match, plus a soaring twin guitar line to crown the track, perfectly placed, seems so casual and throwaway it's almost not fair.

There's a sense of added maturity to 'Deliverance', progressing from 2013's excellent 'Severance' with the occasional melodic passage and some clean vocals. Not that it detracts from 'Deliverance' in the slightest. It is vocalist Jamie Graham's strongest outing - be it for his guttural screams through 'Miscreation' or the monstrous hook in the chorus of 'Grain Of Sand'.

While they're clearly at their most comfortable at breakneck pace, it's the twists and turns that become 'Deliverance''s highlights. Closing with duo 'Skeletal I - Mourning Repairs', and 'Skeletal II - Arise', this is an album best enjoyed with full concentration, from start to finish. It's a hell of a ride.

The band cite Pantera as one of their main influences, and they're certainly felt on 'Deliverance'. In places, it grooves hard, and it's littered with the kind of hooks that defined Pantera's steady ride into the mainstream consciousness.

Heart of a Coward have hovered below the radar, impressive in itself given their consistently excellent output, but the band have filled their schedules touring with bigger and bigger names and 'Deliverance' is the result. It's superb, and cements their place as one of the UK's most painfully underappreciated bands.