'Discreet Desires', the debut album from Helena Hauff out now on Ninja Tune, was never going to be perfect. 'Perfection doesn't really exist... only death is perfect', explains Helena. That said, you'd like to think that on your debut you'd be showcasing your best work, giving it your best shot, and at least striving for something approaching, if not perfection, at least good, passable, adequate even. 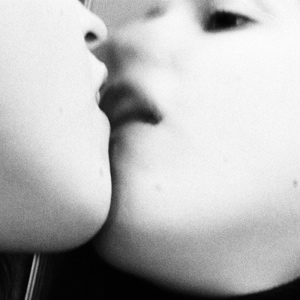 The Ninja Tunes stable of artists is strewn with new, innovative, forward thinking, even radical, experimental acts that have a collective quality and assurance. Helena Hauff may have the talent to be included in such esteemed company but she has not released work that justifies that notion on 'Discreet Desires'.

I have no problem with someone who wants to give their sound a retro feel, someone who wants to delve into the musical archives and pilfer at will to create something new. Where I do have a problem is where the resultant product only borrows and adds nothing new. Helena is guilty of the latter. There is no contemporary twist. 'Discreet Desires' sounds, at best, like instrumental remixes of Propaganda B-sides.

There are moments during the ten tracks where you think something greater is going to happen but it's never quite realised. There are the occasional gothic leanings towards X-Mal Deutschland, some semi-industrial, Einsturzende Neubauten like, mechanicals in the mix, a faint whiff of Depeche Mode's 'See You' and even a nod towards FSOL and Orbital on 'L'Homme Mort'. None of this, however, comes close to making 'Discreet Desires' any more palatable. For a debut it's certainly not sure footed, it lacks direction and is woefully produced.

For devoted fans this may be the long awaited debut they have been looking for. As for attracting a wider audience I think Helena has missed an opportunity here as 'Discreet Desires' will remain just that.