By telling you that they are a young five piece band from Sheffield, you can have a good guess as to what they will sound like. 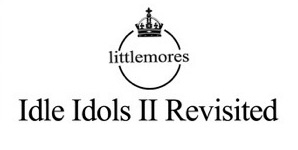 It's a tough area to break when you're already boxed with the likes of The Kooks, Arctic Monkeys, Courteeners. With that same distinct northern tone, how do you get away from being typecast 'just another one'?

The problem is that there is little variation across what is essentially a five track EP to showcase what the band can do. There are some catchy tracks here, but taking for example 'Larry' and 'Charlie Blow', there lies the possibility that you won't realise they are two different tracks.

The surprise comes in the form of 'For The Lads'.A delicate and well written ballad. Proof that maybe Littlemores are concentrating too hard on a style they want to be rather than one they should be.

The whole northern lad rock phase has already been tapped and established. To listen to bands such as Arctic Monkeys, you can already hear how they have changed and evolved. It will be hard for Littlemores to bring that old style back, but that doesn't mean they won't evolve too.