Rendezvous - Another Round Please Album Review

Review of Another Round Please Album by Rendezvous

It seems like the trend these days is to create rock/electronic music, a fusion of two very different genres. This is something that Israeli club duo Rendezvous seem to have unwittingly managed quite successfully with their latest release, club/electronica compilation Another Round Please. Recorded in the midst of violent conflict in the middle of Israel, it's a euphoric electronic release that's set to soon be successfully occupying club dance floors everywhere. 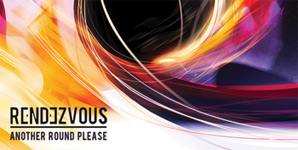 From the off, there's no element in particular that's special about the music that Rendezvous made; other than that, it's all just really rather good. It's got plenty to keep the listener occupied - it starts off with a pulsating bassline and sparkly-sounding electronic sounds that have the power to catch the attention of the unsuspecting listener and draw them in within a matter of seconds, and this theme continues throughout the whole album. The use of synths is excellent, not too over the top and not used too sparingly so that it's too rare, it's just right.

It's definitely not your everyday, run-of-the-mill club music, though. It has salutes to some of the lighter artists of the electronic persuasion, not just thudding basslines and bass-drums, like Kraftwerk, Jarre or Vangelis. It's not as heavy-sounding as normal club music, it's a lighter, more trance-esque sound that gives it a club feel without the pounding on the eardrums. It's a more uplifting, euphoric mix than general dance music. The rock elements mentioned earlier take a slight backseat as the album progresses to make way for the electronic sounds at the forefront, but there's some band-like elements in there for good measure to keep up the rock-side of the music, such as the use of an acoustic drum kit on Prisoner which keeps it sounding 'real' despite it being mostly electronic. It's very well done, and a good word to describe some of the synth sounds would be 'sparkling' or 'glittering'.

Limitations - repetitiveness is always an issue with this type of music, and Another Round Please is no exception. Rendezvous have found their formula on this album and stuck with it. It consists of a catchy bassline, drums to match and electronic synth sounds over the top, and this is the format that remains for almost all the songs on the album, which can get slightly 'samey' as the album progresses. Once a listener has heard one song on this album, there's a tendency to say that they have heard the rest, although the melodies differ enough for each song to be easily distinguishable from the others, so this might be a slightly cynical view.

Overall, then, it's a crystalline fusion of electronica, club and a small amount of rock music that's sure to inspire the dance scene into taking notice. It's ambitious and yet the same as what's already been done at the same time, which is no mean feat. Recorded under intense pressure, Rendezvous seem to have kept their cool and produced something innovative and pleasing to the ear that is sure to set them apart from some of the other dance artists of today. In fact, it might even inspire a reformation of the old electronica classics.