Valada, a scenic Portuguese village on the River Tejo, may not be the most traditional church for a marriage of shoegaze, stoner rock, prog, psychedelica, heavy metal and drone, but on the 12thand 13th of September it will host the first edition of Reverence, a two day festival that will offer up some of the most enticing and exciting bands within this broad conglomerate of genres. In doing so it will cross-pollinate the seeds of two oft-furrowed fields that have typically been cared to separately despite their many sonic similarities; the floppy fringes of a thousand 'Psych Fests' and the hell-fire & brimstone of heavier weekenders such as Roadburn, Amplifest and Supersonic. 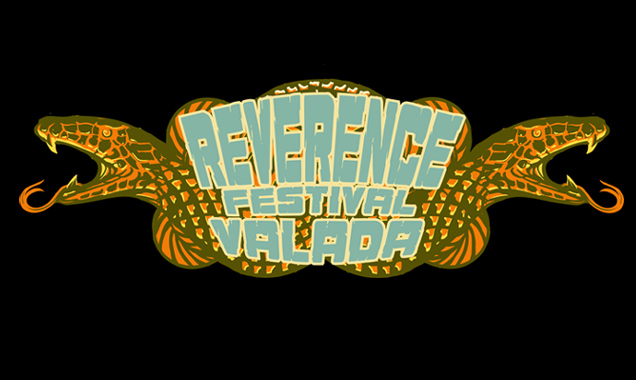 Headlining are space-rock pioneers Hawkwind, celebrating their forty-fifth year of existence, and doom metal behemoths Electric Wizard, who are playing in advance of the release of their eighth studio album "Time To Die". Reverence will be the first ever appearance in Portugal for the former, whilst a live appearance from the latter in any country are somewhat of a rarity. The selection of the pair for the inaugural edition of the festival is a clear statement of intent; Reverence doesn't intend to merely set out its stall as a modest addition to an already over-crowded calendar, but to carve its own niche into it right from the off.

Helping to carve this niche and give the festival an air of unpredictability is Psychic TV's unhinged blend of freeform space rock and acid punk, with Genesis Breyer P-orridge putting a welcomed kibosh on the hiatus of their project. In their current live form, codenamed PTV3, they give nods to several artists who were the inspiration for the formation of many bands performing at the festival, covering Pink Floyd, CAN and even headliners Hawkwind, but Psychic TV are far from a mere covers band; each track is stripped to its bare bones and launched into new dimensions that only Genesis et al seem to be able to navigate.

For a more immediate thrill the engineers of sonic annihilation A Place To Bury Strangers promise to pulverise eardrums on their return to Europe. More recent releases have seen the New York trio toy with shades and respites to a much greater degree than they did on their self-titled debút, but they remain as foreboding as ever live.

Former touring partners of APTBS The Black Angels and The Wytches offer scuzzed-up garage rock from both sides of the Atlantic Ocean. The management and marketing of the latter would lead you to believe that they are an oddity on the line-up, a heavily hyped young band sticking out like a thorn amongst artists and entire genres eschewed by the mainstream, but they are a fearsome live act with a sense of self-assurance well beyond their years.

Elsewhere on the bill the roster of AC30, arguably the most important label operating in the British shoegaze scene since Creation Records, is well represented. Despite still being on the cusp of a breakthrough that has seemed imminent for nearly a decade Exit Calm still stand as one of the most intense live bands on the circuit, swapping the pedal-board gazing of their ilk for thousand yard stares and an assured swagger, whilst Sussex dream-poppers Air Formation make a rare-as-hens-teeth appearance alongside Ringo Deathstarr.

But the line-up, as strong and diverse as it is, isn't the only reason Reverence is such an attractive proposition. With the most expensive ticket price standing at only 70euro (£56 at the day's rate) including camping it is possible to purchase entry to the festival and travel from the UK (via a flight to Lisbon airport and a short train journey from Lisbon to Valada) for the same price as a stand-alone ticket to some British festivals, and the savings are greater when factoring in the disparity between food and drinks prices, with a modest meal and a drink set to cost around £5.

The scenery and surroundings are also a welcome change from the endless muddy fields and unremarkable foliage of Yorkshire or Somerset. Reverence Valada takes place in a small park on the banks of the aforementioned River Tejo, and its close proximity to the city of Lisbon provides a ready-made excuse to visit one of the most beautiful cities in western Europe, with a gig featuring The Telescopes held there the day before the festival being another bargaining chip should one be needed.

Though Reverence Valada appeals to a demographic that is well catered for there is more than enough to separate it from the chaff, and it promises to be a worthy new addition to the festival calendar.