Review of Ep#3 EP by Squrl

Cut Jim Jarmusch and he'd bleed a strangely evasive blue-black sludge that emits a low, magnetic hum. Somehow the moody, brooding director has managed to bottle this bodily emanation, team up with drummer Carter Logan and Vampire Weekend/Sleigh Bells engineer Shane Stoneback and lo, the resulting noise was named SQÜRL. If you've seen any of the no-wave pioneer's movies, you'll be familiar with his meticulous, blissful taste in music, as most memorably heard as a backdrop to rockstar vampire antics on the 'Only Lovers Left Alive' soundtrack collaboration with lute player and composer Jozef Van Wissem. 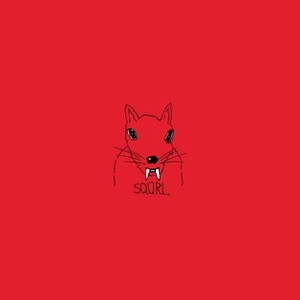 The third and perhaps most rounded effort of three EPs, 'EP3' is a seamless, slow-moving, 25-minute homage to drone rock's finest and Jarmusch favourites. Boris and Sunn o))). Slow in pace, slow in taking root - to the extent where I had listened to doom-tempo track one 'First Time' three-and-a-half times without noticing a single play had elapsed - 'EP3' has all the qualities of a sewer recording with its endless echoes and barely discernible vocals, leaving a faint taste of metal on the tastebuds. For the ominous 'Black Swan', a pedal fuzzier than the Ohioan's own hair creates a deep, whumping riff that drags along Logan's stubborn, lethargic drum beat before a murmur akin to a vocal hook laments a woman's love in 'Francine Says'. Crackly parting shot 'Should I Go or Should I Stay' is less drone and more warped country-blues vinyl, with inconsequential lyrics about cheap guitars and cars and gently optimistic acoustic finger-picking.

'EP3' has no 'Pink Dust' hooks, but scratch deeper and add patience and the melancholy, energy-sapping stoner sloth music becomes the imaginary soundtrack to your own angsty, indie screenplay; whether it's lying in a Swinton-like trance staring at the swirling artex, or wandering gloomily through a Gottfried Helnwein exhibition. Jarmusch and genius may be lazy alliteration, but the man is adept at hijacking the mood and lulling the listener into melodramatic self-absorption.