Review of Gongs Played By Voice Album by The Chemistry Experiment

Nottingham-based pop group The Chemistry Experiment unveil their new album 'Gongs Played By Voice' in January 2015, ten years after the release of their previous compilation, 'The Melancholy Death of.' which really set the bar high. Such a long gap between releases, however, also affords even higher expectations, and hopes for something a little different. 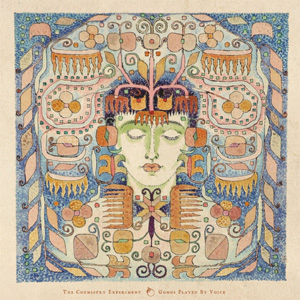 Judging from the success of their previous release, it is only natural to think this album will be equally as treasured. 'The Melancholy Death Of.' gained not only critical but financial success for the group, so it is surprising that they didn't release anything further until now, ten years later. The gap was explained away by the band, who admitted that instead of whipping out a second album in a matter of months, they chose to take as long as they did for their first in order to make it exactly what they wanted it to be.

Combining the elements, and seasons, the compilation requires a good listener and an open mind to enjoy. Opening with 'Hung Lam', the listener gets a real sense of music experimentation, with the band's use of water percussion, created by swilling water around saucepans whilst tapping the sides. Moving on through the album, it is clear that a hymn like theme is being produced, with each song having the same pattern of organs, and a layered feel to the music. Deep, powerful vocals give each track a mighty, dominant sound and the dreamy, groaning effect offers an exciting twist on the Fortuna Pop! movement. 'The Event And The Experiment' presents a lighter tone, with a hastier pace and a sing-a-long aesthetic. The most interesting thing about the album is that each song has a story, whether it is about a boy with light beams leaving his face, or a windy day on the coast of Australia. It is cleverly put together, and wonderfully summarised. The nine-minute exit track 'A Good Wind' is beautifully created, finishing the album in the best possible way.

Although such a prevailing new development is exciting and refreshing to hear, its peculiar style may not satisfy everyone. The general vibe feels excessively mature with its hymn like focus and organ heavy instrumentation. It certainly runs the risk of alienating a younger generation of potential fans and almost feels like they're a little bit stuck in the past with their previous releases. However, for most of The Chemistry Experiments' fans, their ten-year wait has been made worth it with a distinctive and handsomely produced collection of music.