Review of Class Album by The LaFontaines

Formed in 2010, this Scottish quintet played at 2011's T In The Park and are now releasing their debut album 'Class'. They've increased their exposure on support slots with the likes of Professor Green and All Time Low, and are imminently hitting the road again before returning to the aforementioned festival for an appearance scheduled on the Main Stage. 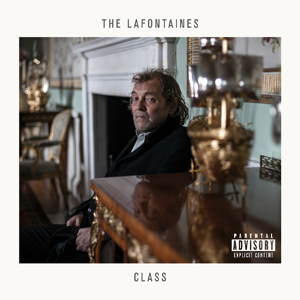 If the mention of a metal-rap hybrid brings back shuddering memories of aged men in red baseball caps and nu-metal, be assured that The LaFontaines are not a reincarnation of Limp Bizkit.  They do, however, combine heavy riffs with hip-hop beats and appropriately fast-flowing vocals, with a touch of pop sensibilities thrown in for good measure.  The opening 'Slow Elvis' is the perfect example of this, with simmering verses moving into an anthemic chorus with a catchy vocal hook.  'King' falls into similar lines, featuring a hypnotic loop, while the ferocious 'Junior Dragon' marks itself out as a likely live favourite.

The band also displays versatility to move toward a softer indie sound, with 'All Gone' an easily grasped sing-a-long and 'All She Knows' flowing pleasantly.  Sharing the name of the album, 'Class' is a radio-friendly rock song that certainly indicates a commercial breakthrough is not out of reach of this outfit.  Whilst there is not enough top quality to make this a first class record, there's certainly no holding it back as an economy piece either, as there's certainly enough evidence to say this band means business.