Review of The Fall Album by Tiny Fingers

Recorded at Anova Studios and released on a label sharing the same name, 'The Fall' is the latest release from Israeli quartet Tiny Fingers.  Whilst tour plans have yet to be announced, their previous live jaunts have seen them share billing with Dub Trio and The Mars Volta. 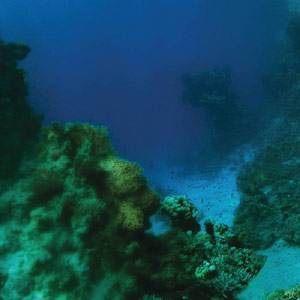 The immediate observation of 'The Fall' is that, sonically, it is an instrumental release - but the sleeve notes also contain what can be described as accompanying poetry for the tracks.  Perhaps a reward for those who take the time to look at the full package of the record, it is an unusual approach to say the least.  Moving on to the music, Tiny Fingers are at their best when they touch upon a style which has kept The Prodigy a relevant prospect, mashing electronic beats with elements of rock.  Visits to the territory are limited though and even then the likes of 'Deuteronomy' don't carry the threatening vibe that pulses through Liam Howlett's work - but it is a recommendable track.  More often than not the outfit turn to electronic psychedelics, but any pick from 'Eyes Of Gold', 'Traveller Soul' or 'Dispatcher' are uninspiring cuts that fail to get off the ground.  The result is a flat record from which there is little inclination to delve deeper.