I've said this before, but in my opinion there's simply no feeling like getting blindsided by a record that totally defies your expectations in a good way. My past exposure to Mutemath had been about three years ago via the Spotlight EP and it parent album Armistice. 1,195 days is a long time in music and my memories of the New Orleans' outfit's work was that it was like a meal at Nando's - reasonably good, inoffensive and but little lasting aftertaste. Sitting somewhere between The Fray and Coldplay, by which I mean having a sound that was unit shifting friendly but essentially cannon fodder for the snootier critical circles of the blogosphere, the prospect of getting up close and personal with Odd Soul was not one which gave me the equivalent anticipatory thrills of say and Odd Future record, or even a Future Of The Left one. 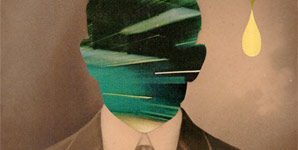 How much then must Paul Meany and co. be metaphorically flicking the v's at me now for my part time rock hack small mindedness. Shamefully, I can announce to the world that Odd Soul is in fact an absolute mother of an album, alive at every turn with qualities that so far transcend its predecessors that they give rise to the thought that they may as well have been assembled by another band.

The reasons for this metamorphosis? Who cares. Just dive in. Gone is the patient sterility of Armistice, replaced by a sweaty blues-rock aesthetic and acutely honed ear for pop-psychedelia and storming garage licks. Put simply, this is the best way to spend 50 minutes with something American that doesn't involve The Wire I, you, or anyone else can think of.

High points? In the download age where albums are usually a marketing inconvenience, Odd Soul sets it's bar as high as a kite and keeps overwhelming you with classic, fuzzy references to the sixties and seventies without sounding like a third rate pub band. The titular opener struts into the spotlight with tousled, bar room sense of purpose, all thumping kick drum, preening organ and dirty guitar line with a hip shaking, Black Keys swagger. It's followed by the more urgent Pyrtania, (Named it would seem after a theatre on their home town) which whilst not sounding unlike an offcut from the Armistice period, still washes away those cod-stadium rock fanboy accusations with a bullet. To complete a scintillating opening triptych, Blood Pressure is a super tight exercise in (Original) r & b with an irresistible, funk sodden bass line and multi tracked harmonies that give the effect of a choir swigging bourbon.

Interested yet? Well if not then Tell Your Heart Heads Up continues to sweat the neat essence of the denim years authentically, but then like in all good shows there's an intermission, courtesy of the inward looking All or Nothing whilst the following instrumental Sun Ray manages, as unlikely as it sounds, to to carve the same atmospheric niche as French lounge music enfants terribles Air.

Seemingly then bored with the sudden waves of slightly backward looking introspection, Meany and co. return to grind stone courtesy of the freewheeling, drum pounding badass-ery of Allies, whilst One More builds over five minutes into a freaky, bandanna toting crescendo. If the whole thing finally runs out of steam just before the supine closer In No Time, it's probably understandable. Rather than slide into obscurity, Mutemath have taken the chance of career by a more than partial reinvention, expending enough energy in the process to burn out half a dozen more risk averse bands. There may be more or less mileage in this new direction than in playing it safe, but even if Odd Soul is a creative bran storm never repeated, it's got more than enough apexes to justify it's existence stand alone. So, got it yet? 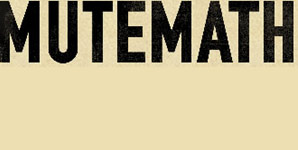