The band had further success with songs such as 'Too Lost in You' which featured in hit British rom-com Love Actually and their third album, 'Taller in More Ways', went to the top of the UK album charts. However, Buena left the band in 2005 following the birth of her daughter, and was replaced by Amelle Berrabah.

Mutya worked on a solo career, including recording a track with Amy Winehouse, but did not achieve the chart success of Sugababes. She appeared on 'Celebrity Big Brother' in 2009 but walked out of the show on the fifteenth day. Last year she reunited with the other two original Sugababes, Siobhan Donaghy and Keisha Buchanan as a new band, KMS (Keisha Mutya Siobhan), but their first single, 'Flatline' failed to enter the top fifty on the UK singles chart.

Meanwhile, the other Sugarbabes (now consisting of Heidi Range, Amelle Berrabah and Jade Ewen) have been on indefinite hiatus since 2011, but in January Range said they were "Not officially [broken up] but we don’t have any plans for anything in the near future." 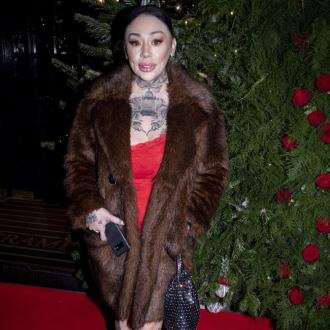