MKS have not fallen out since the trio - Siobhan Donaghy, Mutya Buena and Keisha Buchanan, the trio who made up the original line-up of Sugababes - got back together two years ago. 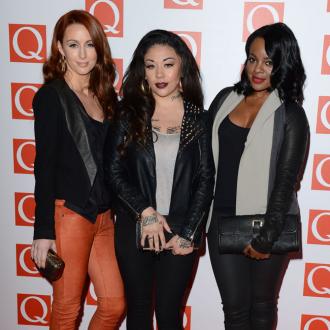 MKS have not fallen out since they got together.

The girl band is formed from the original three members of Sugababes - Siobhan Donaghy, Mutya Buena and Keisha Buchanan, who left the group in 2001, 2005 and 2009 respectively - and since getting back together under new name Mutya Keisha Siobhan, they insist they haven't fallen out like they did in their teenage years.

Keisha, 28, told UK TV show 'This Morning': ''We've been back together for two years now and we haven't had that (arguments) for us this is about us taking control and really driving it ourselves, we felt like we couldn't first time around.''

The 'Flatline' group first formed as Sugababes when they were all still teenagers, but worked particularly hard and often spent entire nights recording in the studio before going to school the next morning.

Siobhan recalled: ''I was the year above, so for me it was so lonely. But the rest of the time in the studio, we were getting to be quite naughty, because we would be in the studio until seven o'clock in the morning sometimes, we would leave school at lunchtime, go to the studio, take our uniforms with us, then after recording wash our face and go back to school, we wouldn't have slept. That's why we did home schooling eventually.

''We were treated as adults some of the time. It depends on the day really and who it was, we had to grow up quite quickly. We were very well behaved though.''