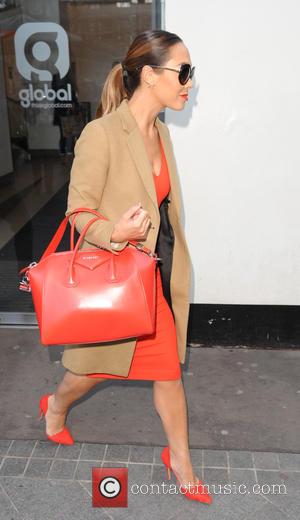 British pop star-turned-Tv personality Myleene Klass has written an article explaining a dispute with parents at her daughter's school after she found herself at the centre of a major backlash.

The former Hear'Say star took to social media to complain about being asked to contribute $16 (£10) towards a class present, and she came under fire from other parents for publishing email exchanges and her sarcastic response online.

On Thursday (05Feb15), Klass was reportedly involved in an angry confrontation with other parents at the London school where her seven year old, Ava, is a pupil, and she has now explained the situation in a piece for British newspaper the Daily Telegraph.

Klass insists she published the emails because she wanted to put a stop to the culture of spoiling young children with lots of expensive presents, and reveals she has the support of many other parents at the school.

She writes, "My intention was to stop all these serious, money-focused exchanges and remind parents, all of us under pressure to do the very best for our children, of what birthdays should be about... My phone hasn't stopped ringing since. The reactions have been mostly positive, with lots of parents laughing it off and thanking me for speaking out... I know I am in a privileged position compared to many, but I live in the real world and have countless friends who wouldn't be able to put that sort of donation into a schoolbag. If my girlfriends gave me a gift to the value of £300, I wouldn't accept it - and I'm an adult. For a child to get a present of that value is sheer madness... Being a parent is expensive enough, without birthdays adding up."