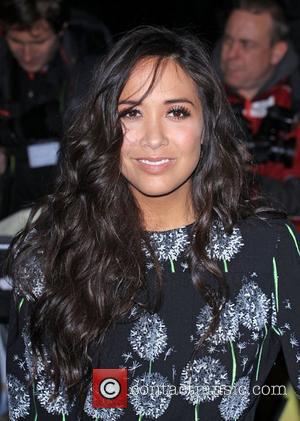 British singer/TV presenter Myleene Klass is stranded in Barbados after her flight home to the U.K. was cancelled on Sunday (08Jan12).
The former Hear'Say star has been holidaying on the island with her family over the festive season and they were set to land back in England on Monday (09Jan12).
However, after checking in at the airport, Klass was informed that the plane had a problem and would not be departing as planned.
In a post on her Twitter.com page, she writes, "Pretty eventful night. After three hours on the tarmac, plane was declared broken! Worse places to be stranded I guess."