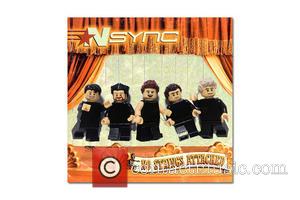 The Bye Bye Bye hitmaker agreed to try out the hair restoration treatment, courtesy of bosses at medical firm Bosley, and he's been so impressed by the results, he has signed on as the new face of the brand.

He says, "It (the surgery) was pretty intimidating. That's life, but the beautiful thing is that now you can do something about it."