Naomi Campbell and Cara Delevingne get into fight

Naomi Campbell and Cara Delevingne had a fight on Sunday (08.03.15) after Naomi accused her of ''disrespecting'' their mutual friend, Rihanna. 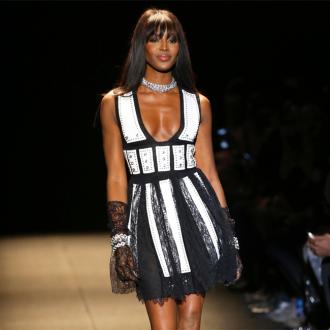 The two supermodels were at a party for Garage Magazine at Paris nightclub Castel when the incident broke out, with Naomi shouting at Cara for treating their mutual friend Rihanna badly, before the confrontation got physical.

An eyewitness said: ''Naomi was angry because she felt Cara had said something negative about Rihanna.

''Naomi accused Cara of 'disrespecting' Rihanna and started yelling, ­before Naomi pushed Cara, who pushed back.''

The argument between Naomi, 44, and Cara, 22, escalated further when the blonde beauty attempted to rip out her fellow Brit's hair.

The source continued: ''Cara pulled Naomi's weave, but it didn't come off.''

However, Cara - who, along with Naomi, is in the city for Paris Fashion Week - felt perplexed by the confrontation because she didn't think her and Rihanna had an issue with each other.

The eyewitness explained: ''It was a noisy and packed party. Naomi was saying all these nonsensical things, she was ranting. There was a messy pushing match. Cara didn't understand because there's no problem between her and Rihanna. Cara didn't want to be involved and was telling Naomi, 'Get away from me!' ''

Nevertheless, the Fashion For Relief founder soon forgot about the row and continued partying at Up & Down's pop-up Raspoutine, where she ignored the drama.

The source told the New York Post newspaper's Page Six column: ''Everyone was talking about the drama with Cara, but Naomi just smiled angelically.''