Naomi Watts has confessed she ''hates diets'' as cutting different foods from her life completely makes her ''feel rebellious''. 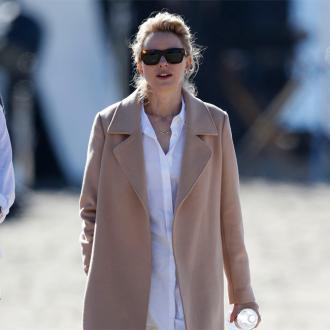 The 'King Kong' star has revealed the secret behind her slender physique is that she refuses to deny herself any foods because it makes her ''feel rebellious''.

She said of her eating habits: ''Not only do I not avoid carbs, I more or less have them in every meal. When I start denying myself foods, that's when I crave them. I hate diets. Restriction makes me feel rebellious.''

The blonde beauty - who has two children, Alexander Pete, seven, and Samuel Kai, six, with her husband, actor Liev Schreiber - also has an action packed schedule thanks to her sons, who she confesses leave her in a state of ''complete exhaustion''.

She told The Mail on Sunday newspaper's You magazine: ''The children have made me feel young: on the one hand, but also in a state of complete exhaustion.

''They do make me laugh, though, with the funny, honest, unfiltered things that they say, and I think laughing is very youthful and great for energy.''

The 46-year-old actress added that she only feels at her best when she is surrounded by her family.

She said: ''I find that I look my best when I feel my best, whatever that takes. For me, above all else, it means being around the people I want to be with.''