Naomi Watts has thanked her ''good friend'' Nicole Kidman for helping her learn to believe in herself. 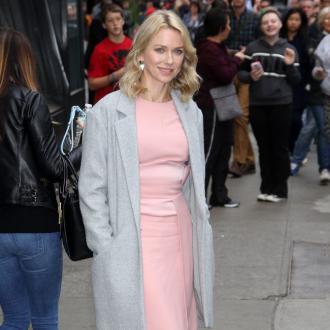 Naomi Watts says Nicole Kidman helped her to believe in herself.

The 'While We're Young' star admits she couldn't have carved out a successful career in Hollywood without the support of her best friend.

She said: ''I was lucky that Nicole Kidman was always there to support me, console me, keep my spirits up and help me believe in myself. She's been such a good friend over the years.''

The 46-year-old beauty, who has sons Alexander, seven, and Samuel, six, with long-term partner Liev Schreiber, admits she is reluctant to take on traumatic roles these days because she is so happy in her personal life.

She said: ''Early in my career I was drawn to darker material. But now I have so much joy in my family life that I don't want to spoil that mood.

''I feel such a warmth with Liev and the boys. I look forward to everything now. I've always had a happy nature, it was just a matter of getting to a place where I could let that side take charge again.

''Me and my men have such fun together.''

But the Australian star admits she will never forget how it felt to be a struggling actress and doesn't take her success for granted.

She told US' OK! magazine: ''It was scary trying to find work and having no money and no medical insurance. I had very few friends and would spend days alone, sitting in cafes and feeling miserable.

''Even when I started becoming famous, I never forgot what it felt like to worry about making ends meet.''