Actress Naomi Watts Is Following In The Footsteps Of Her Longtime Friend Nicole Kidman By Becoming The Face Of An Airline. 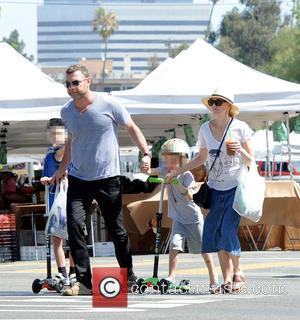 Kidman recently signed up as a spokeswoman for Etihad Airways, and now her childhood pal Watts has joined rival carrier British Airways.

Watts stars in a retro-themed campaign to mark 80 years since the company began flights Down Under, and the actress, who was born in Britain before moving to Australia aged 14, admits the drive is close to her heart.

She says, "Eighty years is an incredible landmark for British Airways, and with a personal connection to both countries, it's really special to take part in celebrating the history of travel between Australia and the U.K."