Naomi Watts worried she would never have kids

Naomi Watts had almost given up hope of starting a family when she met her partner Liev Schreiber in 2005. 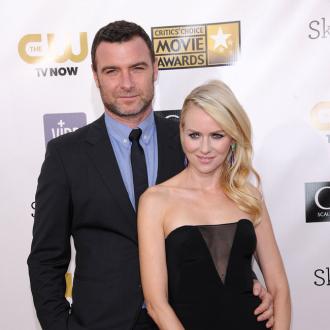 Naomi Watts felt anxious before she started a family.

The 'Diana' actress worried she wouldn't be able to fulfil her dream of becoming a mother until a life-changing meeting with her long-time partner Liev Schreiber in 2005.

She revealed: ''There was a time when I was becoming pessimistic because children were always a lifelong dream of mine. I would never have felt the happiness I feel now if I hadn't met Liev and had my children.

''I still have shudders when I think how my life would have turned out if we had never met. So maybe there was some destiny involved ... I don't know!''

Naomi felt an instant connection with fellow actor Liev and the pair fell head-over-heels for each other during an ''intense'' few weeks shooting 'The Painted Veil'.

She reminisced: ''There was a confidence and intelligence to his personality. He had a certain swagger that I felt attracted to immediately and that feeling brewed while I went to shoot a film in China.

''He came to join me on the film and it was pretty clear how much I wanted to be with him.

''It was a romantic time and because he had to leave after a few weeks of shooting it made our time more intense. We knew that we were going to miss each other badly as soon as he flew back to New York.''

Despite her hectic schedule, the 44-year-old actress still manages to spend quality time with Liev and their young sons Alexander and Samuel by taking them with her on exotic film shoots.

Naomi said in an interview with LOOK magazine: ''We spent some magical time all together in Thailand while I was shooting 'The Impossible'. It was the kind of exotic voyage and journey that most children would never have the chance to take.

''I thought it was good for them to have that kind of contact with nature and be able to ride on elephants and chase frogs around. They can't do that in London or New York.''