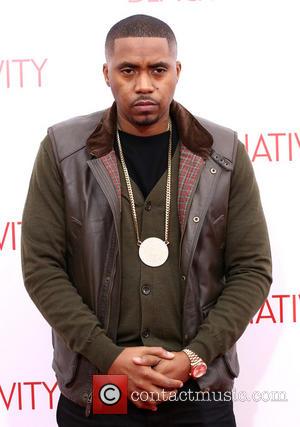 Former rap rivals Nas and Jay Z reunited on stage at California's Coachella music festival on Saturday (12Apr14) to celebrate the 20th anniversary of the I Can hitmaker's classic Illmatic album.

Nas marked the milestone by playing the 1994 release in its entirety, before inviting Jay Z to join him in the spotlight for a rendition of Dead Presidents Ii, his 1996 track which sampled Illmatic's The World Is Yours.

The 99 Problems icon, who was engaged in a lyrical feud with Nas back in 2001, also treated the audience to a performance of Where I'm From.

But he wasn't Nas' only special guest - Sean 'Diddy' Combs later appeared onstage to join Nas for his 1999 single Hate Me Now, hours after the rapper/producer teamed up with another Coachella artist, Pharrell Williams, for Pass The Courvoisier Pt. Ii with Busta Rhymes.

Paying tribute to Nas during the late set, Combs said, "Nas, you have to understand. If it wasn't for you, hip-hop wouldn't be where it is today."

Meanwhile, Jay Z's wife, Beyonce, also made an unannounced appearance on Saturday alongside her sister Solange Knowles at the end of the singer's track Losing You, where they performed a brief choreographed dance routine together.

The 2014 Coachella line-up has already seen performances from Outkast, Muse, Haim, Queens of the Stone Age, Lorde, Pharrell Williams and the Pet Shop Boys, while Arcade Fire, Motorhead, Lana Del Rey and Calvin Harris were among the acts on Sunday's (13Apr14) bill.

The artists will do it all again next weekend (18-20Apr14) for the second round of Coachella.