Nas' influence is finally being recognized, by Harvard. 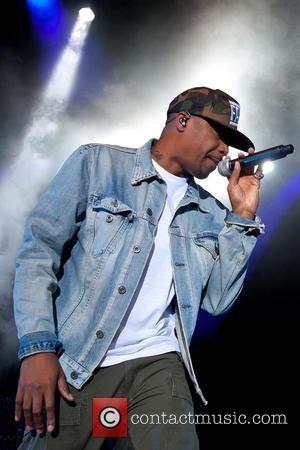 Rapper Nas - real name Nasir bin Olu Dara Jones - dropped out of school early. From his humble beginnings in Crown Heights, Brooklyn, the artist had a shot at cracking the music business and, at the age of 21, released his debut album, Illmatic, still one of the finest hip-hop albums ever produced.

Now, almost 20 years on from that seminal record, Nas's influence is being recognized by the Hip Hop Archive and Harvard University's W.E.B DuBois Institute, who have announced the 'Nasir Jones Hip Hop Fellowship,' giving scholars and artists demonstrating "exceptional" creative abilities the opportunity to show that "education is real power."

"Having welcomed various artists and scholars, the Hip Hop Archive and Research Institute is uncompromising in our commitment to build and support intellectually challenging and innovative scholarship that reflects the rigor and achievement of hip-hop performance," said Harvard professor and Hip Hop Archive founder Macyliena Morgan in a statement.

For Professor Henry Louis Hates Jr, the "true visionary" Nas was an obvious choice for the naming of the fellowship "He constantly shows how boundaries can be pushed and expanded to further the cause of education and knowledge

"The work of the DuBois Institute is enriched by the addition of the Nasir Jones Hip Hop Fellowship," he said.

The goal of the fellowship is to academia as a tool to unlock ideas aimed an enriching hip-hop traditions while "respecting the culture's foundation of critical insight."

Though Nas dropped out of school in eighth grade, he showed an unquenchable thirst for knowledge and chose to educate himself through African culture, religion and the teachings of the Five Percenters and the Nuwabians.

"In my rollercoaster of a life I've endured good and bad for sure, and I've truly been blessed to have achieved so much thru art in my short life thus far," the 39-year-old said in a statement.

"I am immensely over-the-top excited about the Nasir Jones HIP HOP Fellowship at Harvard. From Queens, NY to true cultural academia. My hopes are that greed for knowledge, art, self-determination and expression go a long way. It is a true honor to have my name attached to so much hard work, alongside great names like Henry Louis Gates, Jr. and W.E.B. Du Bois and to such a prestigious and historical institution, and all in the name of the music I grew to be a part of," he added.

To date, Nas has released a total of 11 studio albums, selling 25 million records worldwide. His most recent record, Life is Good, earned him a Grammy nomination in the Best Rap Album category this year. The Incomparable Nas Performing In Sweden Nas Is A Harvard Guy, Don't Ya Know?