Natalie Portman and Benjamin Millepied can't wait to move to France because the relocation should give them both exciting career opportunities. 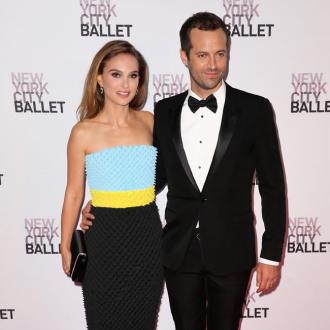 Natalie Portman and Benjamin Millepied are ''very excited about moving'' to France.

The 32-year-old actress and her ballet dancer husband - who met on the set of her film 'Black Swan' in 2009, on which Benjamin was choreographer - are looking forward to relocating to his native home Paris as he believes it will present them with exciting career opportunities.

Benjamin told The Times newspaper: ''We are very excited about moving. Natalie will pursue work opportunities in Europe, and we'll be living in the city that welcomes the most art, at least in dance. There is going to be a lot to discover.''

Natalie - who has a two-year-old son Aleph with Benjamin - previously said she was hoping to become a French citizen and joked she would even consider changing the spelling of her name to appease the Europeans.

She said: ''I don't have the French nationality, but I would be love to get it. But I don't know if it's possible because I already have an American and an Israeli passport ... Perhaps I should add an 'h' to my name to make it sound more French [Nathalie]? My father named me after a song by Gilbert Bécaud. I grew up in a very Francophile atmosphere.''