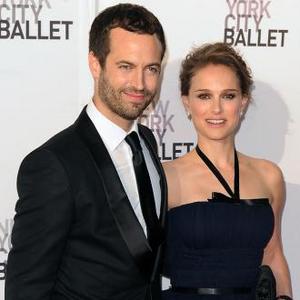 Natalie Portman says fashion has given her some ''surreal'' moments.

The 31-year-old actress - who wed French choreographer Benjamin Millepied in August after meeting on the set of 'Black Swan' in 2009 - thinks one of the strangest moments of her life was being fitted for an haute couture gown in the middle of Benjamin's family home.

Natalie told British ELLE magazine: ''Fashion has put me in some strange situations. I was being fitted for a Christian Dior couture dress last year at my husband Benjamin Millepied's house.

''His whole family were sitting there, just having a cup of tea, while all these amazing artisans worked around me to create this absolute incredible dress, that was pretty surreal.''

The brunette beauty is widely admired for her classic and elegant look, but admits it's fun to take fashion risks and make drastic changes to her appearance if a film role requires it.

The mother-of-one enthused: ''I make many sacrifices for my job - if I'm in a period film, I know I can't be a certain shape because I need to be able to adapt to the costume.

''It is a lot of fun as an actor to be able to disguise yourself, like shaving my head in 'V For Vendetta'. It's good to surprise people and to be different from what they expect you to be.''

The Oscar-winning actress also confessed that she models her look on quirky film director Sofia Coppola.

She gushed: ''My style crush is Sofia Coppola, for sure. When I was younger, I thought she was the coolest person ever and I basically tried to copy everything she wore - from her sandals to even her nail colour.''