Natalie Portman is favoured by 20th Century Fox and Ridley Scott to take on a leading role in the upcoming 'Alien' prequel. 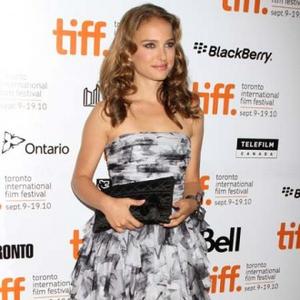 Natalie Portman is favourite to be cast in Ridley Scott's upcoming 'Alien' prequel.

The 'Black Swan' actress would play an as-yet-unknown character in the movie, which has recently had a new screenplay drafted by Damon Lindelof turned into 20th Century Fox which they are said to be "very pleased with".

According to New York Magazine's Vulture blog, the 29-year-old star is favoured by Ridley Scott for a leading role, with 'The Girl with the Dragon Tattoo' beauty Noomi Rapace second behind her.

Lindelof's re-write of The Script is believed to have pleased executives at the studio because it means it would be reduced from an R rating to a PG-13, meaning it would be more accessible for cinemagoers.

A source said: "The thinking is that if the original 'Alien' were released today, minus the F-bombs, you could still get a PG-13. 'Alien' is a very 'Jaws'-ian movie. There's no sex, and while there's lots of violence, most of it is off-camera. Maybe you'd have to cut away from certain scenes two seconds earlier but it could be done."

Another insider added the prequel - which has yet to be named - would be a return to the original feel of the films and not feature any creatures from the latest movies in the series 'Alien vs. Predator' and 'Alien vs. Predator: Requiem', which were both slammed by critics.

The source said: "The later 'Alien' movies were action movies, but the original 'Alien' was a horror-suspense film. This returns the franchise to its roots."

Ridley revealed last month the upcoming sequel would have a "really nasty" feel.

He said: "The film will be really tough, really nasty. It's the dark side of the moon.

"We are talking about Gods and engineers. Engineers of space. And were The Aliens designed as a form of biological warfare? Or biology that would go in and clean up a planet."

'Tamara Drewe' beauty Gemma Arterton also had discussions about appearing in the project, she recently revealed.