Natalie Portman has been offered the lead character in Alfonso Cuaron's sci-fi drama 'Gravity' after Angelina Jolie pulled out of the project. 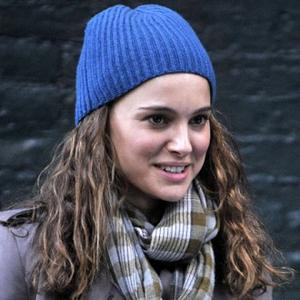 Natalie Portman has been offered the lead role in 'Gravity'.

The 'Black Swan' actress would replace Angelina Jolie in the title role of Alfonso Cuaron's sci-fi drama, after she pulled out following a second offer from Warner Bros.

No concrete contract has yet been accepted by Portman, but shooting needs to begin by the end of January due to the film's other lead star Robert Downey Jr. working on 'The Avengers' and 'Sherlock Holmes 2'.

The 29-year-old Oscar-nominated actress was among a number of stars considered to replace Angelina; Scarlett Johansson, Sienna Miller and Blake Lively were also possibilities.

However, Portman's recent reviews for her role in Darren Aronofsky's 'Black Swan' pushed Cuaron to get the green light from Warner Bros. to offer the role to her, the Risky Business Blog reports.

It is believed she will sign on within the next week after receiving the Final Draft of The Script.

'Gravity' tells the tale of a female astronaut who must find her way back to Earth after her space station is hit by satellite debris.

The female lead takes the majority of the screen time of the film - similar to Tom Hanks in 'Castaway' - leading to Warner Bros. wanting to get the casting for the $80 million project exactly right.