Natalie Portman thinks she should have checked into rehab to recover properly from working on 'Black Swan' instead of starting work on a new film. 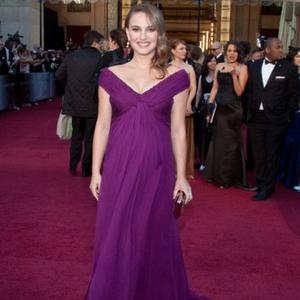 Natalie Portman thinks she should have checked into rehab after filming 'Black Swan'.

The 29-year-old star won a Best Actress Oscar for her portrayal as a Disturbed ballerina in the movie, but admits it was such a challenging role, both physically and mentally, she should have taken some proper time out to recover afterwards instead of starting work on 'Thor'.

She said: "I loved Darren Aronofsky and working with him was a deeply fulfilling experience but I just showed up for 'Thor' spent.

"I probably should have gone into rehab."

Natalie - who is currently expecting her first child with fiance Benjamin Millepied - was thrilled to work with director Kenneth Branagh on 'Thor' because she has always been of his work.

She added in an interview with Total Film magazine: "I must have watched 'Much Ado About Nothing' about 500 times, I love that film so much.

"He was one of the first people I've met that I was excited about when I met them. When I worked with him, it exceeded my expectations."