Natalie Portman was impressed by the extreme make-up the villains sported on the set of 'Thor: The Dark World'. 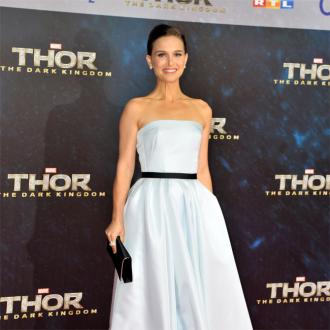 Natalie Portman was scared by the make-up in 'Thor: The Dark World'.

The Oscar-winning actress found the villainous Dark Elves' prosthetics terrifying on the sci-fi thriller set, and was especially impressed by their leader Malekith, played by British actor Christopher Eccleston.

She told France's Fun radio station: ''They were pretty scary! Luckily you get to see the actors before their transformation. They have to be in make-up for so long.

''Christopher Eccleston would come to set at three in the morning and wouldn't be ready to shoot until 10am. That's like the next level of acting!''

Natalie, 32, was excited to reprise her role as astrophysicist Jane Foster in the film and is thankful for how supportive the franchise's fans have been.

She quipped: ''You don't really think about it when you're making it. The cool thing is that the fans are so excited about it and come with such passion and enthusiasm.''

The 'Black Swan' star's mother provided director Alan Taylor with an envelope full of childhood pictures of the actress for her role as Jane, but Natalie made sure to get ready of any bad snaps first.

Natalie said: ''I've hidden all of the embarrassing ones. My mom has an envelope of pictures which is the same for every movie. It's pretty funny to see all these different characters with the same pictures of a child!''